What Are Sensible and Latent Heat?

Defining Sensible and Latent Heating and Their Importance in HVAC Applications

In the HVAC industry, it is common to hear about having to handle sensible and latent loads to condition a space. Since we tend to associate heating or cooling with a change in temperature, confusion can arise when multiple forms of heating are mentioned. In this post, we’re going to clarify the difference between sensible and latent heating and why the distinction is important in HVAC systems.

Though many people may not realize it, we can see both sensible and latent heat transfer every day.

Imagine a cool morning where the sun rises and shines onto a rock beside a river. As the radiation from the sun hits the rock, heat transfer occurs, and the rock’s temperature increases; this is sensible heating.

When the sun sets and the cold river water continues to run along the rock, the rock’s temperature decreases; this is sensible cooling. Sensible heating and cooling are simply forms of heat transfer that result in the change of a system’s temperature.

Now, picture a pot of water on the stove. As the hot stove top transfers heat to the water in the pot, the water’s temperature increases; sensible heating is occurring. However, something changes when the temperature of the water reaches 212˚F (or 100˚C). At this temperature, the phase of water begins to change from a liquid to a vapor as evaporation occurs.

This phase change requires energy since the water molecules are separated from each other, and all energy transferred to the water at this temperature goes directly toward separating these water molecules and turning liquid into steam. This can be proved by the fact that the water’s temperature will stay right at 212˚F for the entirety of the boiling process even while heat is being transferred into the system from the stove top.

Despite the temperature of the water not changing, the system is still gaining energy from heat transfer in what is referred to as latent heating. Steam from the boiling water may rise onto a nearby surface such as a microwave where it will experience latent cooling as it condenses into beads of water on the microwave face without undergoing a change of temperature until the vapor has been converted to liquid.

In HVAC systems, it is important to handle the sensible and latent loads of a space. Handling the sensible cooling load involves lowering the temperature of air provided to a space without causing the moisture in the air to undergo a phase change and condense. On the other hand, latent cooling is responsible for dehumidifying the air by producing a phase change and causing condensation to occur.

Certain units, such as fan coils, use both a latent- and sensible-capable cooling coil and a sensible heating coil within the same unit. The cooling coil dehumidifies and cools the air while directing condensate into a drain pan while the sensible heating coil can reheat the air and raise its temperature before discharging it into the space. Other units, such as the Series Flow Fan Powered Terminal Unit with DOAS (FDC-DOAS), employ a sensible cooling water coil to reduce the temperature of discharge air without producing any condensate.

To learn more about sensible and latent products, reach out to our Project Engineering team at airmovement@priceindustries.com. 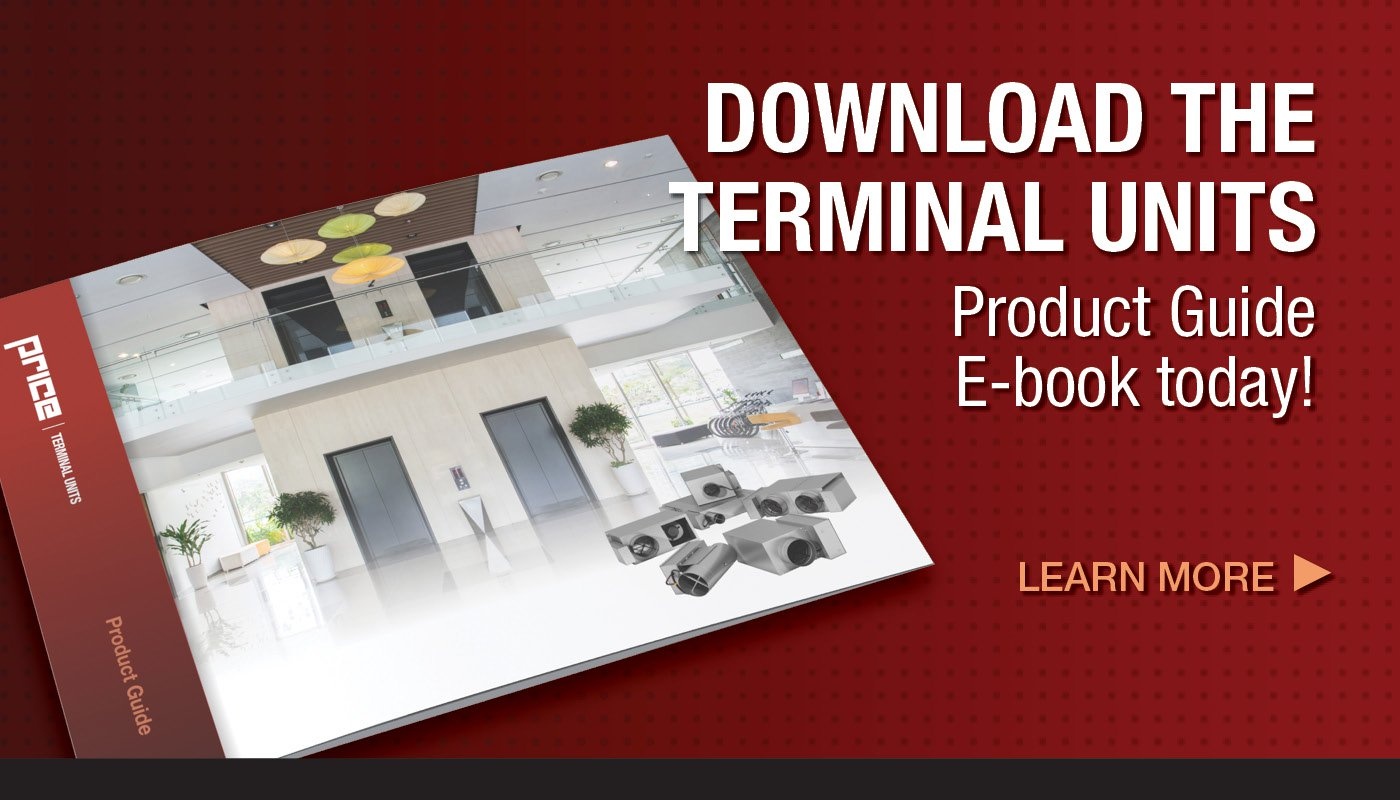