How to Apply Fan Filter Units

Application of Fan Filter Units as Part of an HVAC System

Fan filter units can be applied in a variety of ways to best suit your application. This blog post provides an overview of the best practices for designing a system with Fan Filter Units. 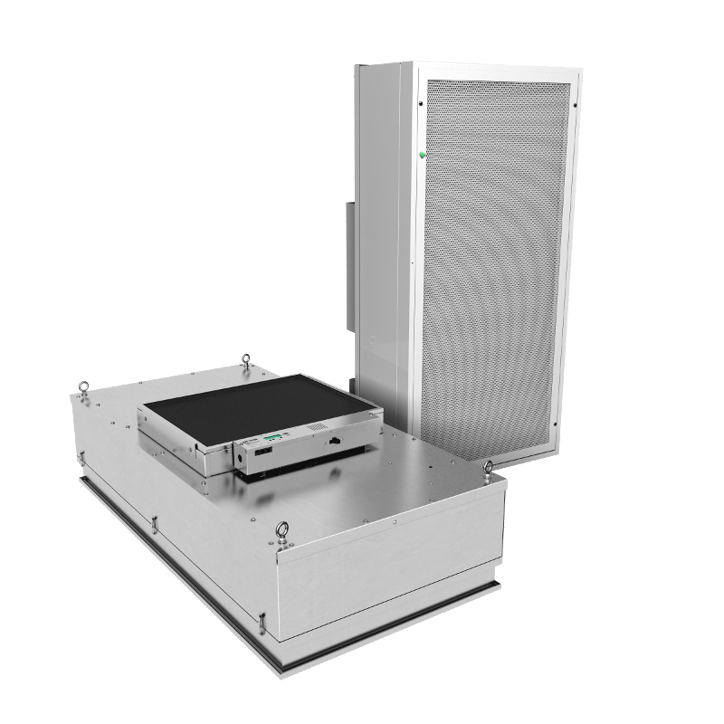 When designing a system, it's important to consider the motor program. There are two programs available, constant flow and constant torque. Selecting the right program depends on your application, and is a critical step to ensure the system functions properly.

The constant flow motor program should be used when there is no upstream device controlling the airflow rate. If used in series with another airflow control device, the fan filter unit and the upstream device will fight for control, ultimately leading to a dysfunctional system with airflow oscillation and poor performance.

The constant torque motor program maintains the torque or rotational force on the motor, so the fan does not respond to changes in system static pressure. As the filter loads over time, the airflow rate will decrease.

Because the constant torque motor program does not aim to control the airflow, it should be used in conjunction with an upstream device, like a VAV box or high accuracy terminal unit that controls the airflow rate.

A ducted supply and return layout is similar to that of a laminar flow diffuser system. The air handler unit is ducted to each fan filter unit, and the room exhaust is ducted back to the air handler. Ducted supply and return layouts are beneficial in retrofit applications where standard laminar diffusers are being upgraded to fan filter units for HEPA filtration. 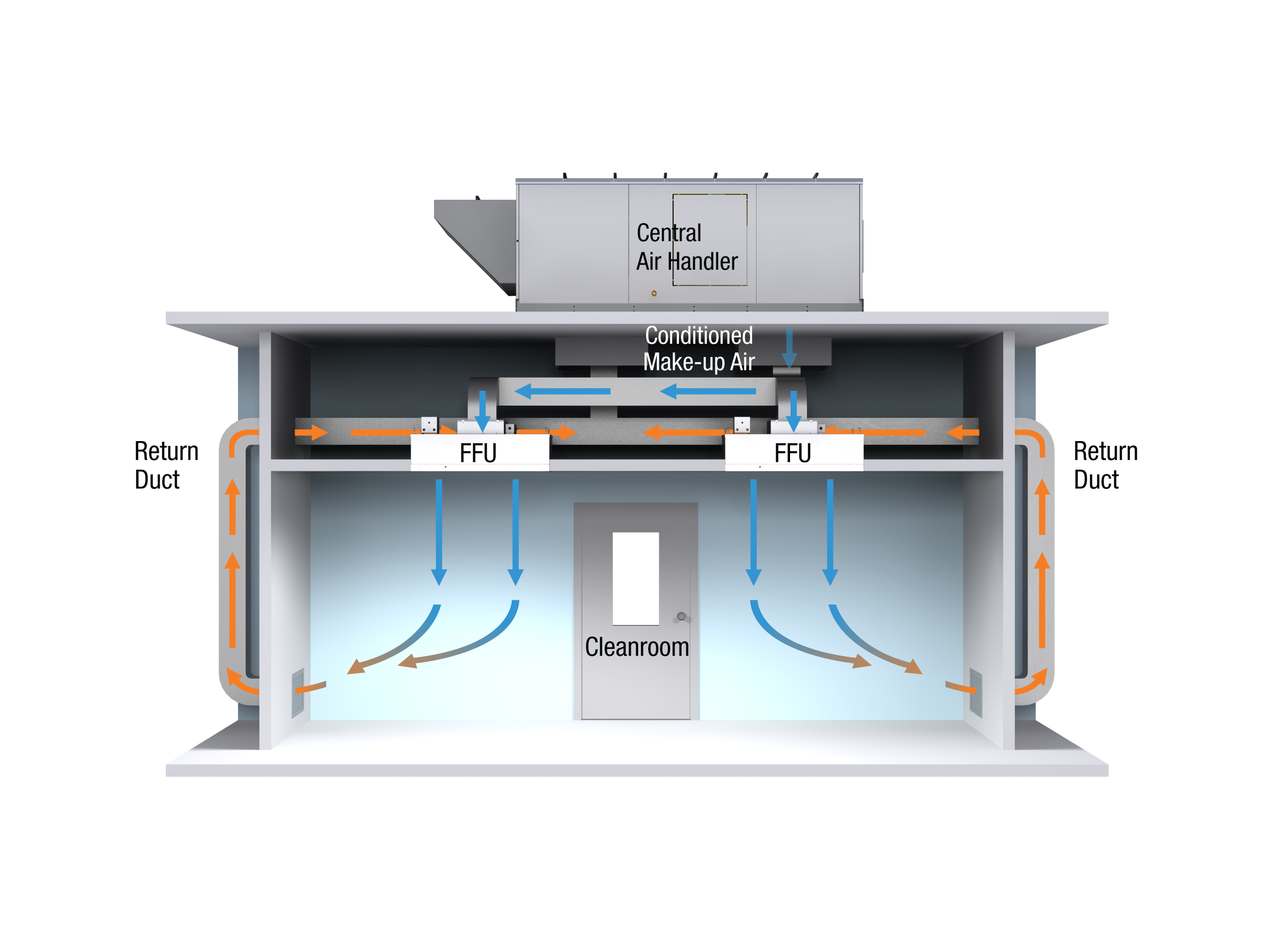 Fan filter units can also be used in a non-ducted common plenum system. In this case, conditioned make-up air from the air handler and room exhaust air are both deposited in a negative pressure plenum from which multiple fan filter units draw air. Fan filter units employed in non-ducted applications should always use the constant flow motor program. 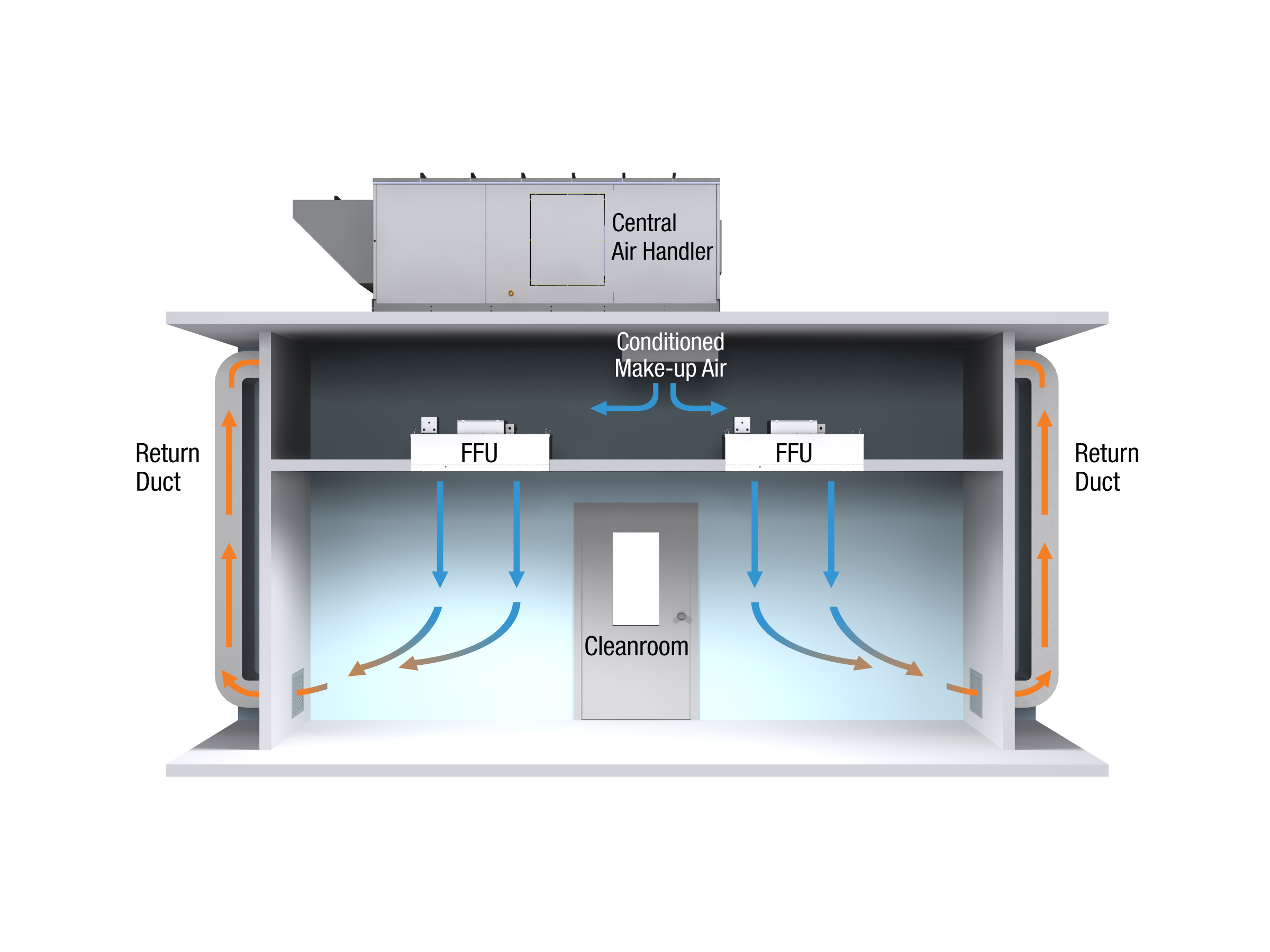 In a recirculating ducted layout, return air is directly ducted to the fan filter unit, and redistributed to the occupied space. The constant flow motor program is often used in these applications. Recirculated ducted layouts are used to increase air changes in the space without increasing fresh, outdoor air, which is a great way to save energy in rooms with high air change requirements. 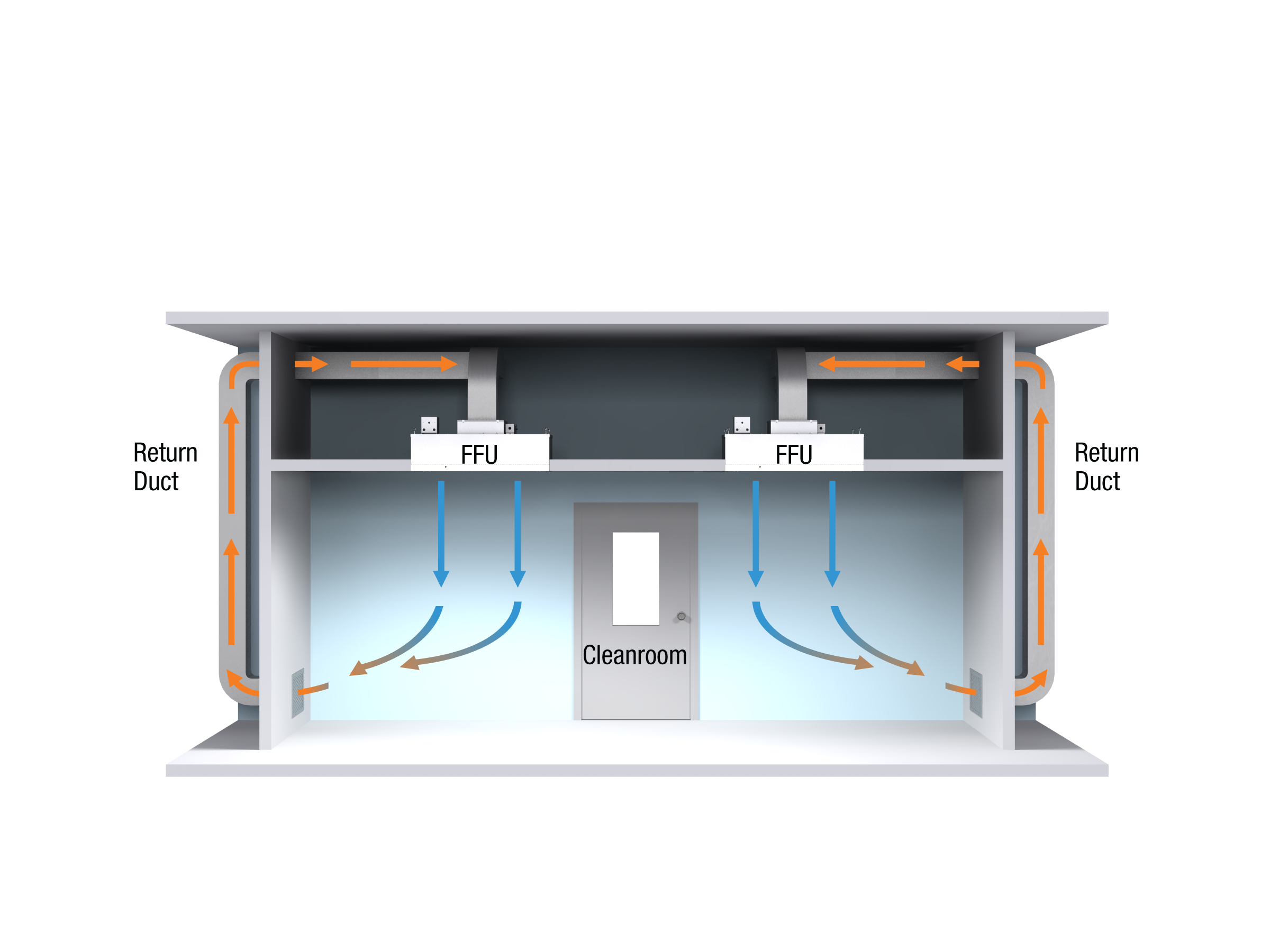 A mixing plenum on each fan filter unit allows both conditioned makeup air from the air handler and room exhaust air to be directly ducted and mixed at the inlet of the fan filter unit. Mixing plenum applications typically use the constant flow motor program, and are ideal for situations where mixing is desired but building requirements prevent the use of pressurized ceiling plenums, such as compounding pharmacies. 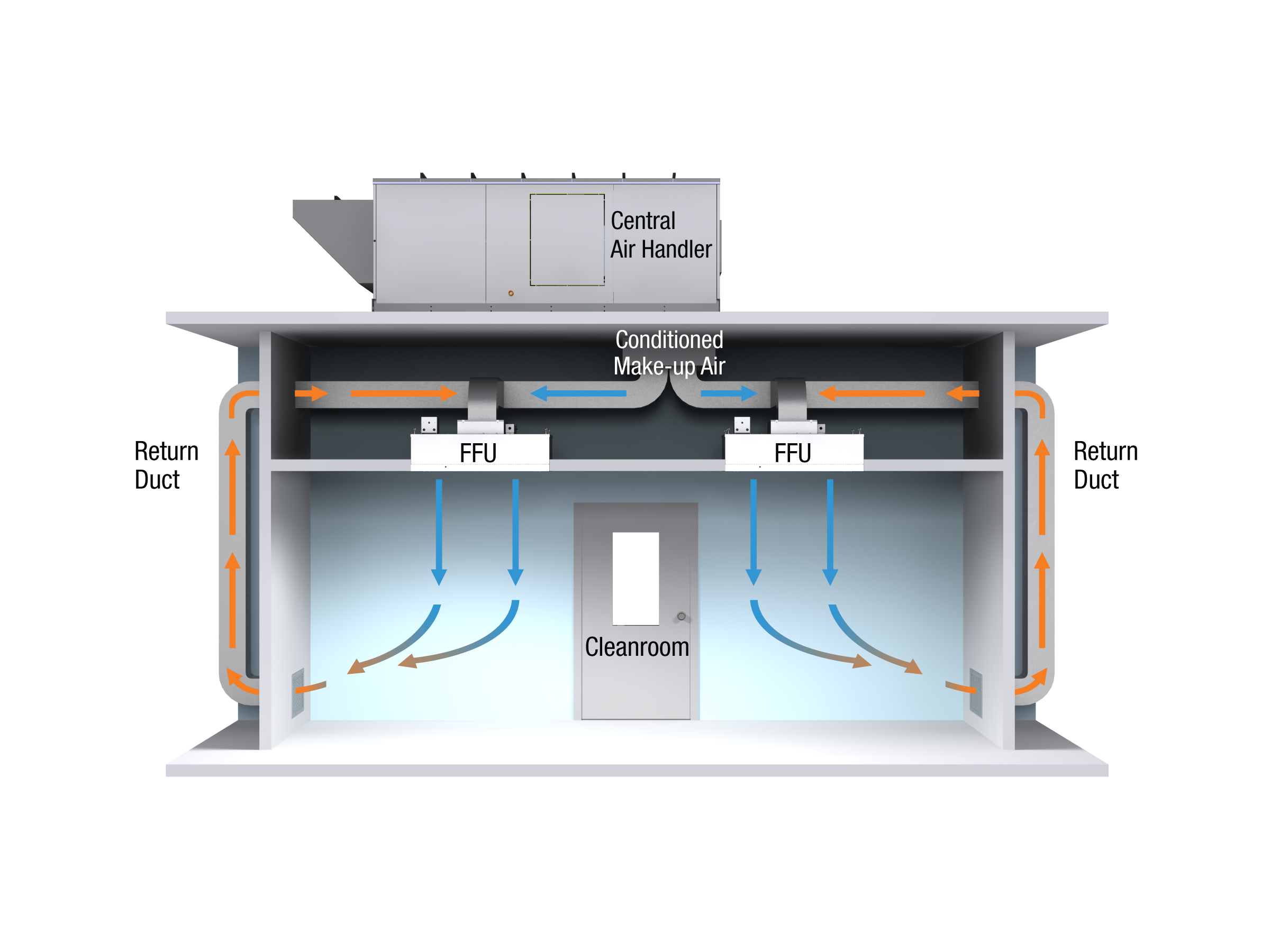 For more information on fan filter units and their application, please visit our website at pricecriticalenvironments.com. 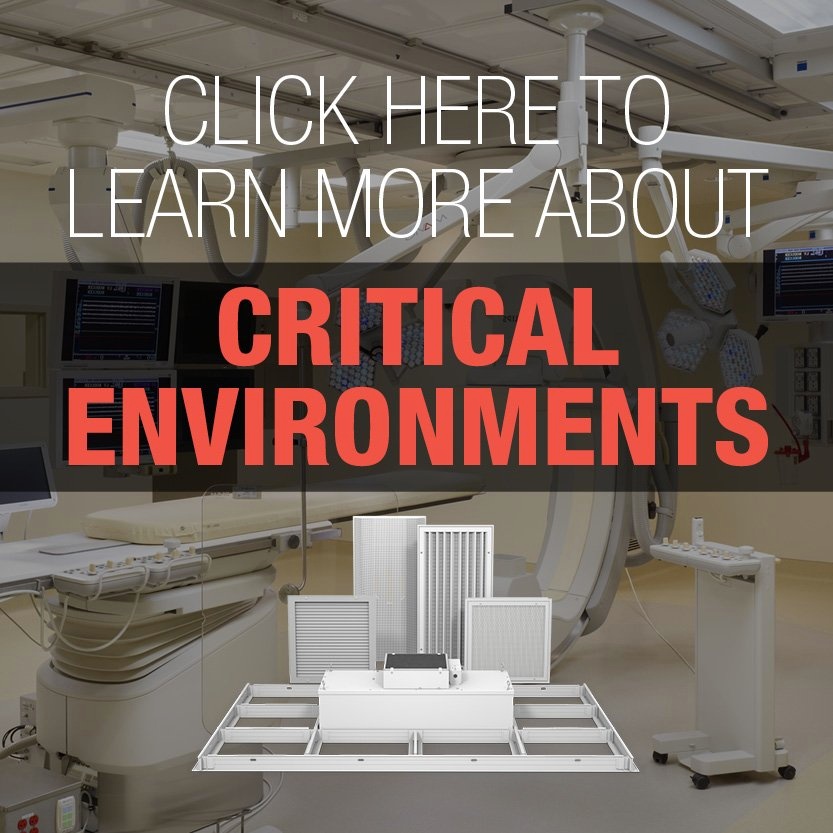